Verbs are action words that express the action (He runs) or state of being (I am tired) of a sentence. They are one of the main parts of speech.

Italian verbs have to be “conjugated” or “inflected”; that is, changed according to how they are used. They have five to six different conjugations for each tense and mood.

The basic form of a verb is called the "infinitive" and is the name of the verb. The English infinitive is “to” followed by a verb, while the Italian infinitive is a single word with one of three infinitive endings (-are, –ere, or –ire). These three groups can then be further divided into:

A) Regular verbs, which follow a standard pattern of verb conjugations:

B) Stem-changing verbs, which take the same endings as regular verbs, but undergo spelling changes in the radical* of some conjugations.

When you encounter a new verb, be sure to learn its infinitive, which is used as the basis for just about everything you do with it.

* Most Italian verbs are conjugated by removing the infinitive ending to find the "radical" or "root" (e.g., and then adding the appropriate ending, which is determined by a combination of five different elements:

More detailed lessons on all of the above coming soon! 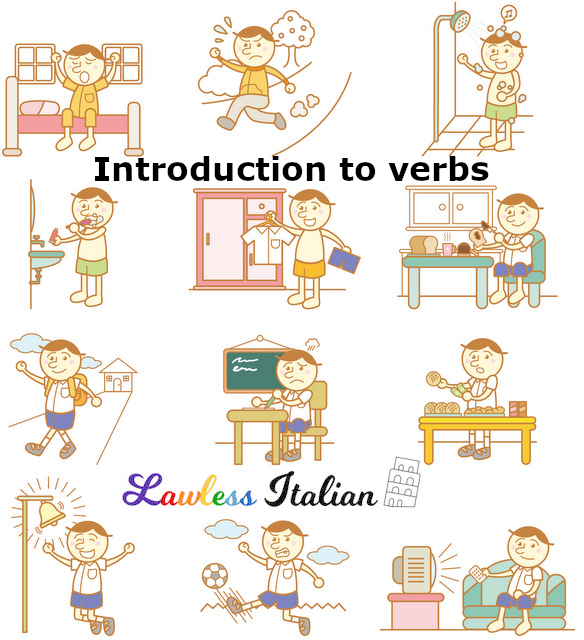