Italian possessive pronouns are used in place of nouns to indicate to whom or to what those nouns belong.

In Italian, there are different forms of possessive adjectives for each grammatical person depending on whether the possessed noun is masculine or feminine, singular or plural.

As you can see, Italian has far more possessives than English: four for each grammatical person. The gender and number of the possessed noun determine which form to use.

The gender of the Italian possessive pronoun must agree with the gender of the noun possessed, not that of the possessor. Men and women both say il mio in reference to lavoro, and la mia when talking about their macchina, because lavoro is masculine and macchina is feminine. This is particularly tricky for the third person singular, where English uses gender differently: we say "his" and "hers," but in Italian, both of those must be translated by la sua if talking about, say, una macchina. The gender of the owner is completely irrelevant, grammatically speaking.

* Except for the few exceptions when possessive adjectives are used without definite articles. 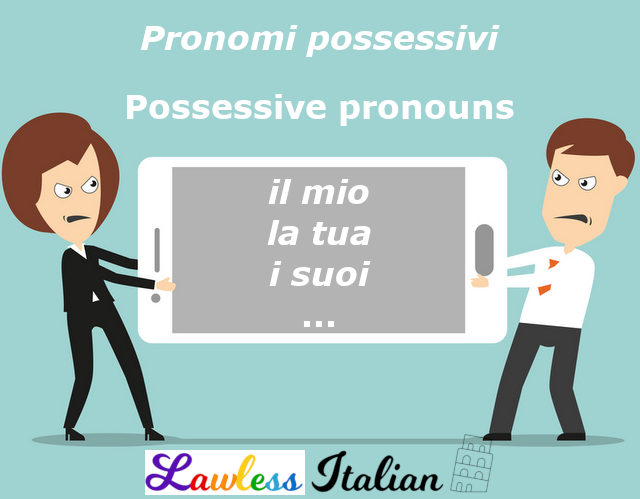