A direct object is a noun, whether person or thing, that someone or something acts upon. In the simplest sentences, the direct object directly follows the verb, so it’s very easy to see the effect that the verb has on the noun.

In order to avoid repeating nouns in a series of sentences or when answering questions, both Italian and English replace direct objects with direct object pronouns.

As you can see, the second version sounds much more natural, in both languages.

+ Capitalized La is the formal direct object pronoun to be used with people you address as Lei (see tu vs Lei).

In Italian, direct object pronouns generally precede the verb, whereas in English they follow it. 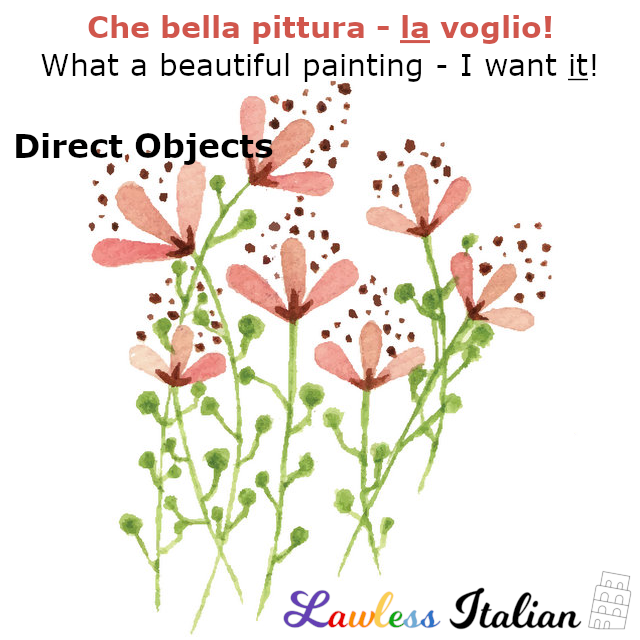