One of the eight Italian parts of speech, prepositions are short but essential words which are placed after a verb, noun, or adjective in order to indicate a relationship between that word and the noun or pronoun that follows.

Prepositions are tricky because, while they exist in both Italian and English, there is no nice one-to-one correlation between them. Many Italian prepositions have more than one English equivalent, depending on how they are used – and vice versa. In addition, a preposition is often needed in Italian where none is used in English – and vice versa again. This is one of those areas of grammar that you will likely continue to struggle with for a long time. But with time and practice, you’ll get the hang of it.

Here is a very basic overview of the most common Italian prepositions and their typical English translations. Detailed lessons coming soon.

These prepositions are known as preposizioni semplici, in contrast to preposizione articolate which are the required contractions of preposition + definite article. 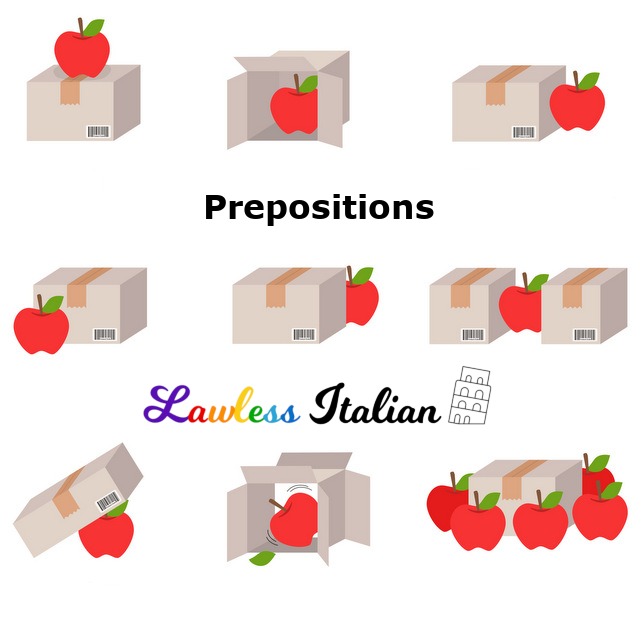