Articulated prepositions are the contractions of certain Italian prepositions with definite articles. In English, contractions like "I’m" and "won’t" are optional and indicate informality. In Italian, however, preposizioni articolate are required, regardless of the register you’re speaking or writing in.

Of the nine most common Italian prepositions, five* have articulated forms. This table can seem overwhelming at first, but take a look and you’ll quickly see the patterns.

* There is in fact a sixth preposition, con, with articulated forms, but these are no longer commonly used. You may encounter them in literature and idiomatic expressions. 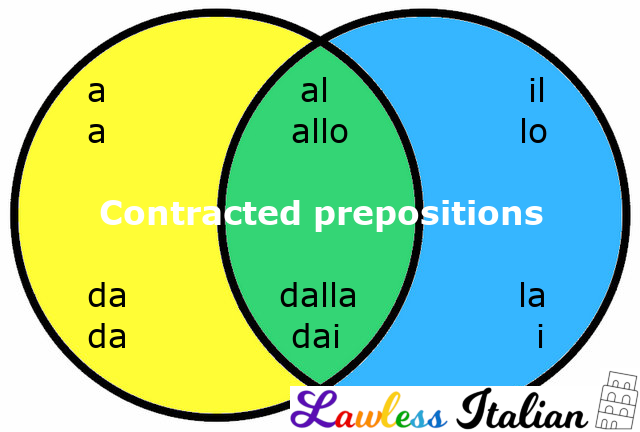