The partitive article refers to an unspecified quantity of food, liquid, or some other uncountable noun. English has no equivalent article – the partitive is usually translated by the adjectives "some" or "any," or may be left out entirely.

* As opposed to countable nouns like bars of chocolate, glasses of water, and euros, which require the indefinite article.

+ There are four singular articles:

It changes to dello in front of complex sounds like gn and st.

It contracts to dell’ in front of a vowel.

It also contracts to dell’ in front of a vowel.

+ There are three plural partitive articles:

Plural partitive articles are identical to plural indefinite articles but there is a difference between them.  Note that "some" is not considered an article in English but rather an adjective and isn’t always needed.

The partitive article is needed when talking about an unknown or unspecified quantity of something uncountable – often food and drink.

Water and bread are both uncountable – you can’t ask "how many" water or bread, only "how much." That’s how you know to use the partitive rather than the indefinite article.

In negative statements, the partitive is dropped. 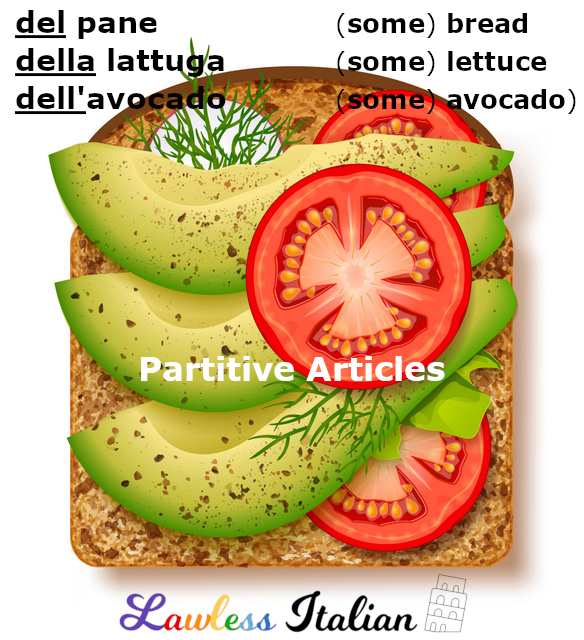