+ There are two singular articles for each gender, each of which can mean a, an, or one:

It changes to uno in front of a noun beginning with a complex sound.

It contracts to un’ in front of a vowel.

Note that all of the above rules also apply to the number "one."

+ There are three plural indefinite articles, all equivalent to "some":

The Italian indefinite article is not always used when talking about a person’s profession with essere (to be).

It’s a bit more common in northern Italy and in writing, but otherwise, it’s correct with and without.

However, it is required when modified by an adjective or other descriptor: 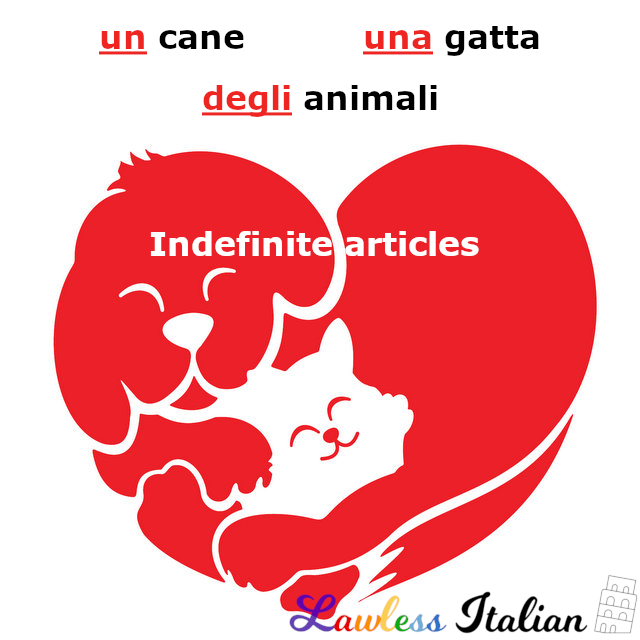