In Italian there are different forms of possessive adjectives depending on whether the noun is masculine or feminine, singular or plural.

As you can see, Italian has far more possessives than English: four for each grammatical person. The gender and number of the noun possessed determine which form to use.

* The only time possessive adjectives are used without definite articles is when talking about relatives in the singular. 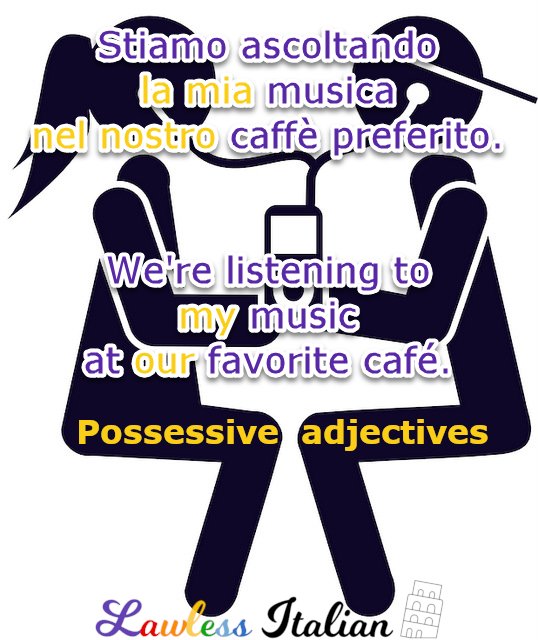