Demonstrative adjectives (this, that) are used to indicate a specific noun or nouns. In Italian, they must agree with the noun(s) in gender and number.

In Italian, "this" and "these" each have two equivalents:

Questo and questa optionally contract to quest’ when followed by a noun that begins with a vowel.

The Italian equivalents of "that" / "those" are more complicated, as there is a form to take the place of each of the seven ( definite articles ):

When followed by a plural noun that starts with "i," quegli optionally contracts to quegl’: 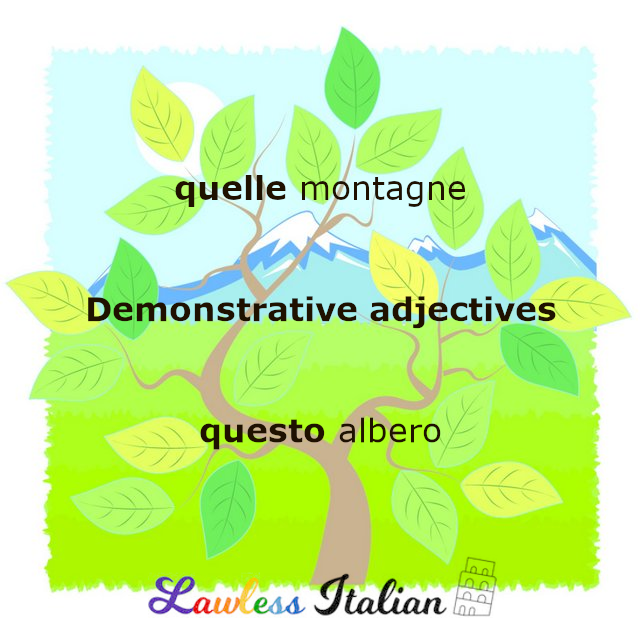